Each year we receive a large number of calls for swarm removal and relocations in the ACT. Generally the swarms are located soon after swarming and are simple to remove. In some cases, swarms can go unnoticed for weeks (and at times months) leading to the swarms establishing natural comb and in many instances a complete hive in the swarm location.

In these instances, a much more involved process is undertaken to rehome the hive and the established bee colony into manageable hives to ensure the strength of the hive is maintained after it is transferred.

Below are photos taken from the relocation of these established hives at the end of the swarm season.

This bee swarm was established in a fig tree and incorporated many large comb segments of honey and brood. The elderly property owner estimated that the hive had been developing in this location for approximately 7 months, but was unaware of the size of the hive until it fully revealed itself when the leaves fell from the fig tree at the start of winter. Rescuing the bees helped ensure that the bees were spared the cold and wet weather extremes of a Canberra winter. 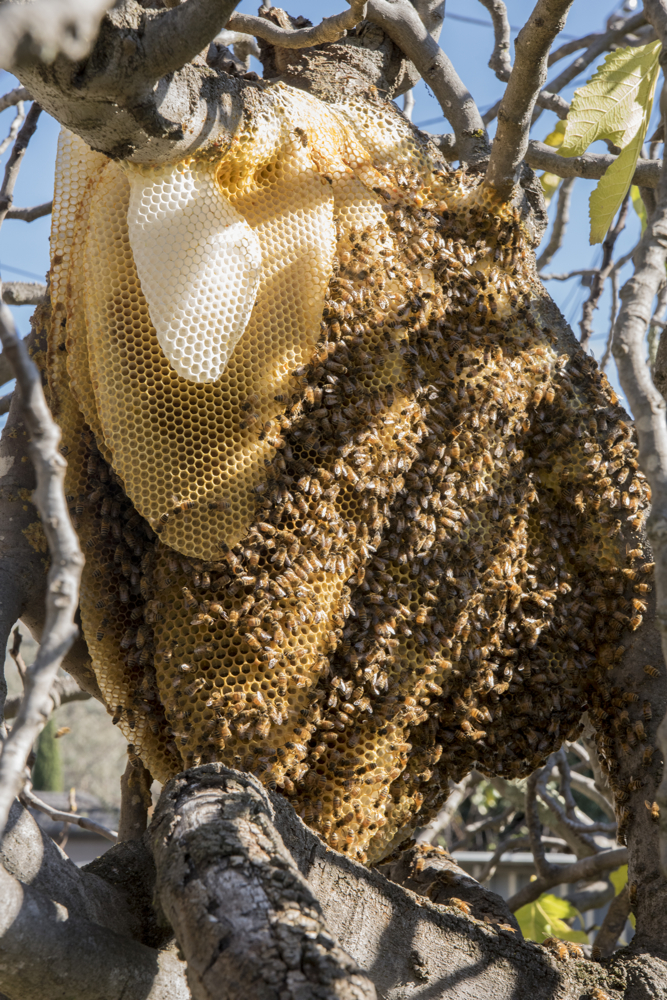 The natural comb formation up close 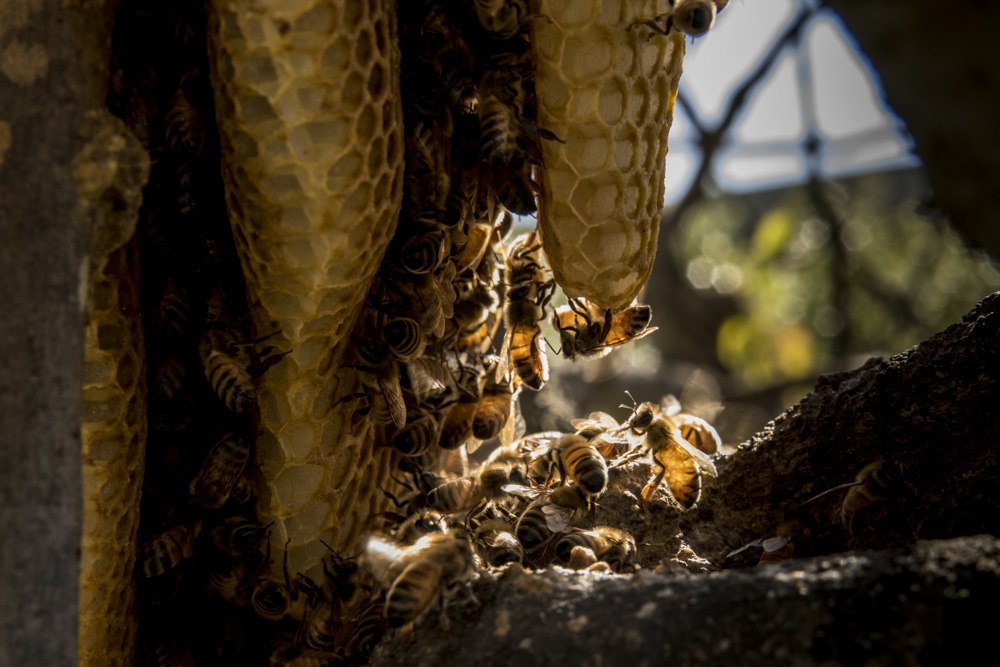 Carefully cutting the comb into sections for relocation into Langstroth frames 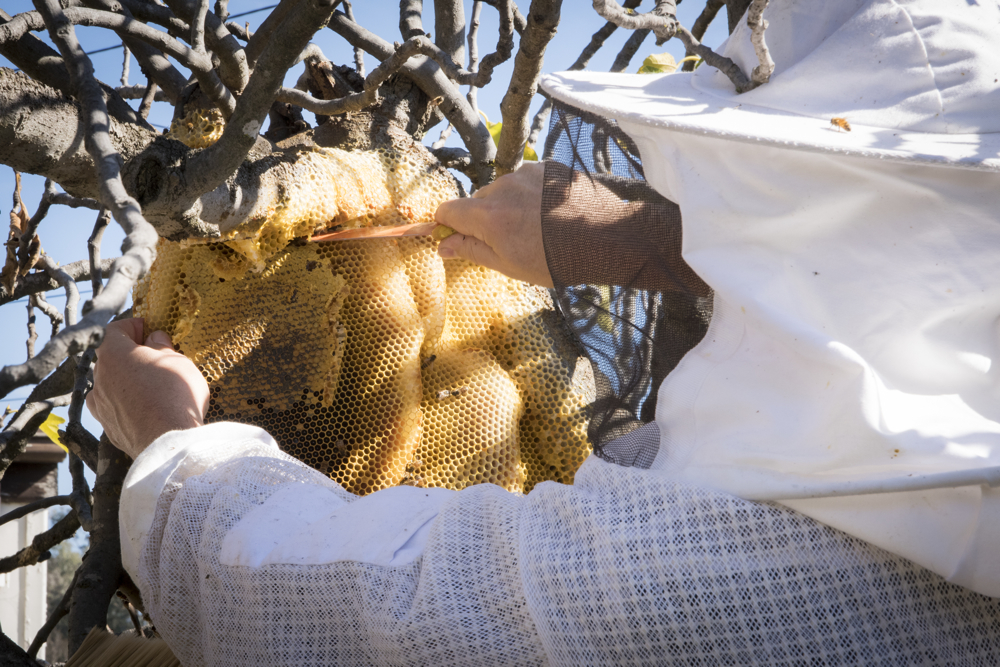 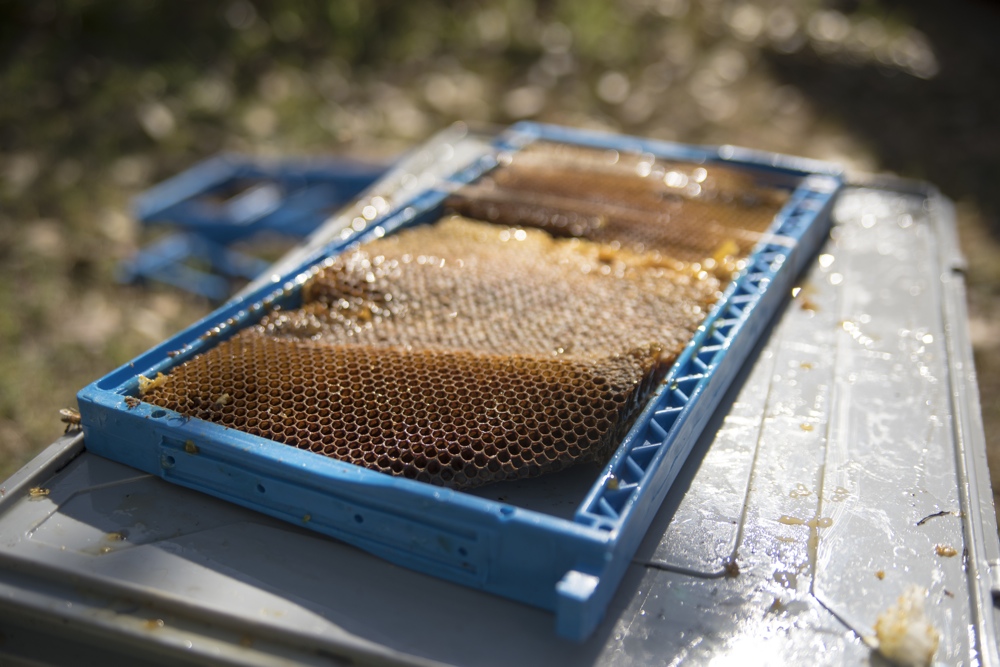 With the majority of comb recovered, the bees at the centre of the hive are revealed 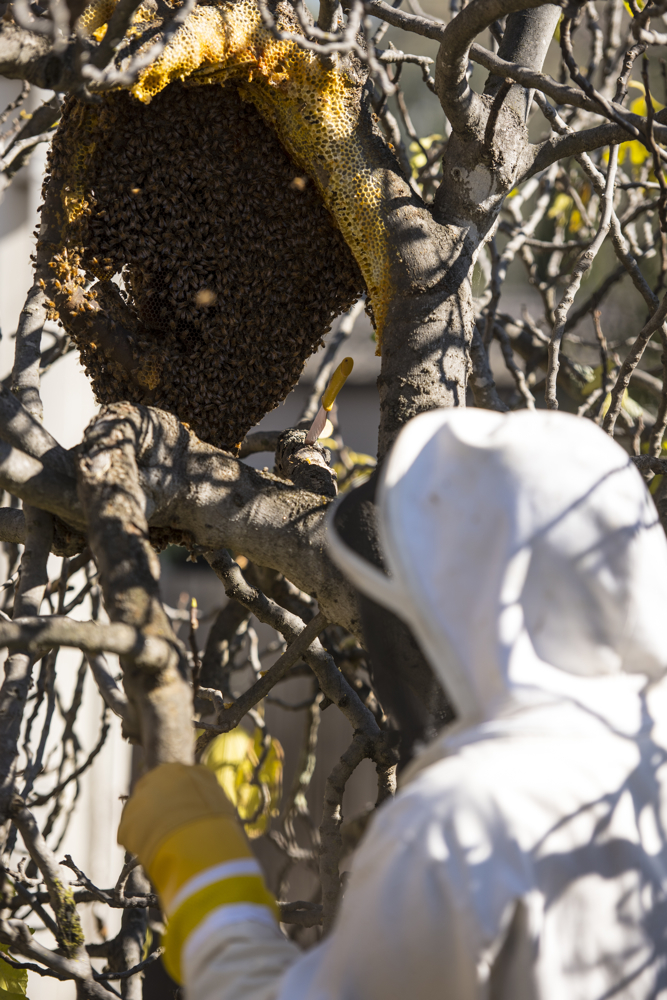 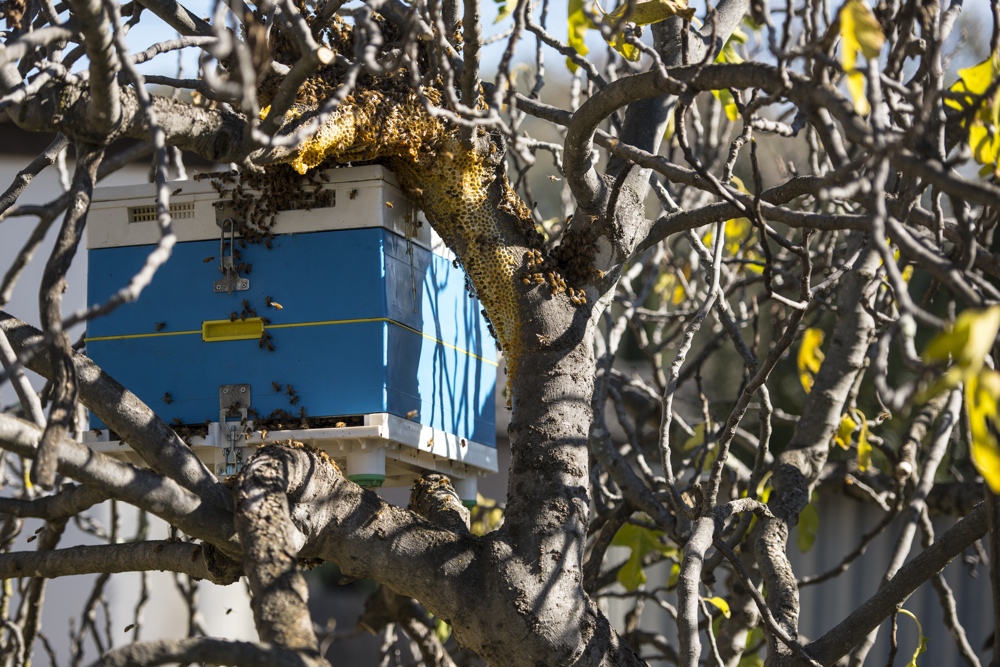