Each year we receive a large number of calls for swarm removal and relocations in the ACT. Generally the swarms are located soon after swarming and are simple to remove. In some cases, swarms can go unnoticed for weeks (and at times months) leading to the swarms establishing natural comb and in many instances a complete hive in the swarm location.

In these instances, a much more involved process is undertaken to rehome the hive and the established bee colony into manageable hives to ensure the strength of the hive is maintained after it is transferred.

Below are photos taken from the relocation of these established hives at the end of the swarm season.

Water meter with a view at the National Arboretum Canberra

In the peak of the summer heat we received a phone call from Brett, an irrigation specialist from Waterland Irrigation about a colony of bees in a meter box at the National Arboretum Canberra.

It's not uncommon to find bee colonies in meter boxes, but it's not every day that they are in such an amazing location!

The colony had managed to survive with an explosion of both wax moth and small hive beetle breeding in the established comb. A large number of bees and amount of comb were able to be recovered and after a quarantine period will be used to build the colony in their new home.

Water meter cover with view back towards Molonglo Valley 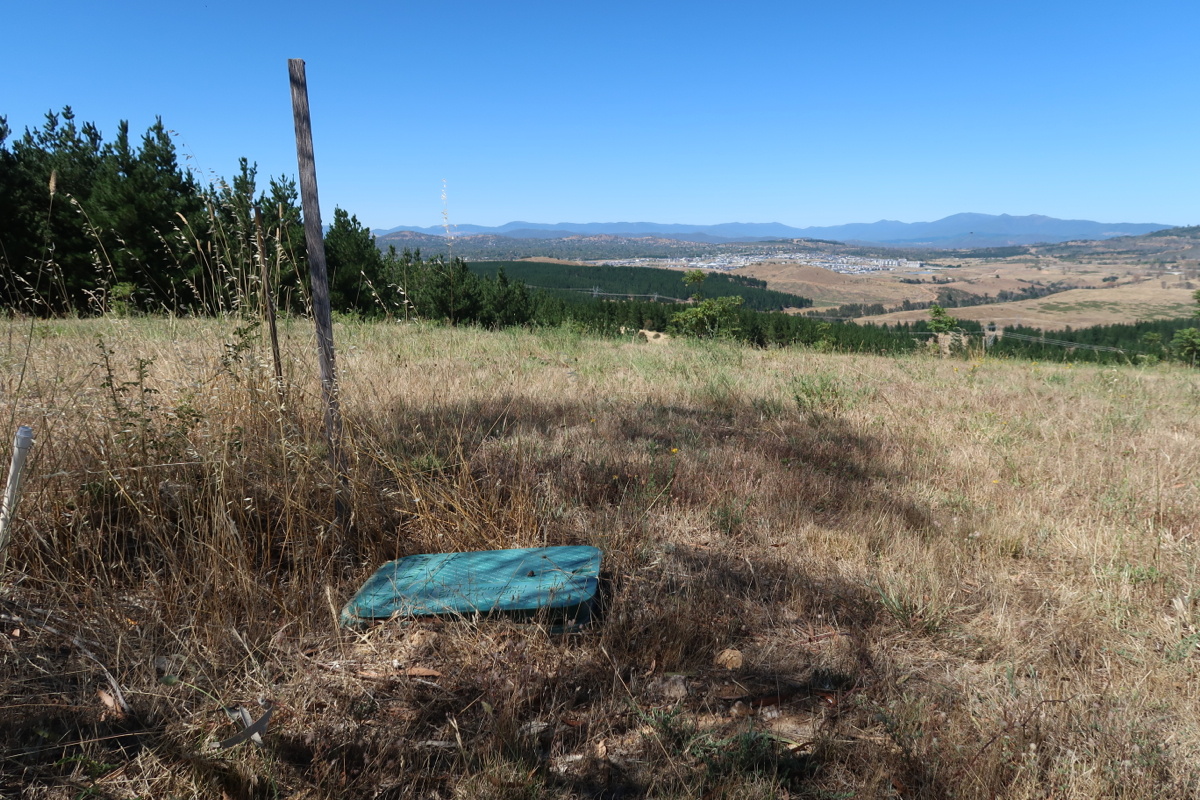 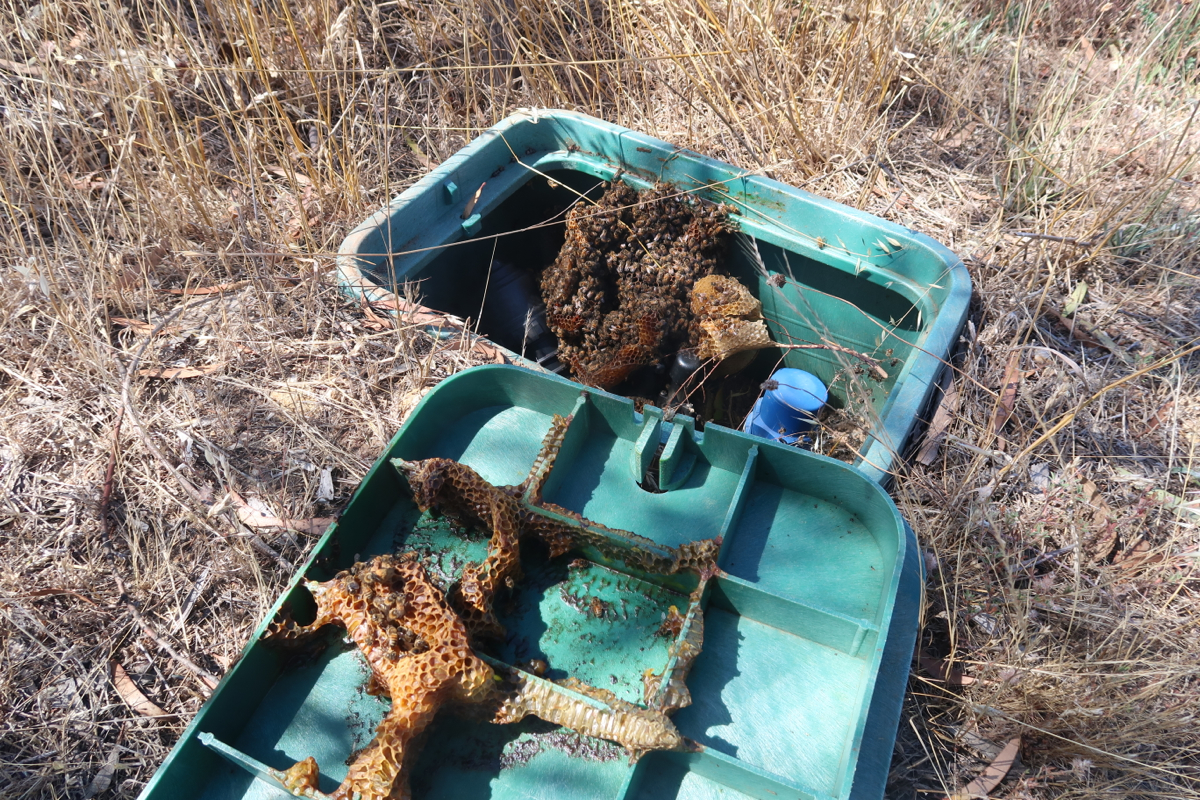 The comb included a mix of pollen, nectar and brood throughout 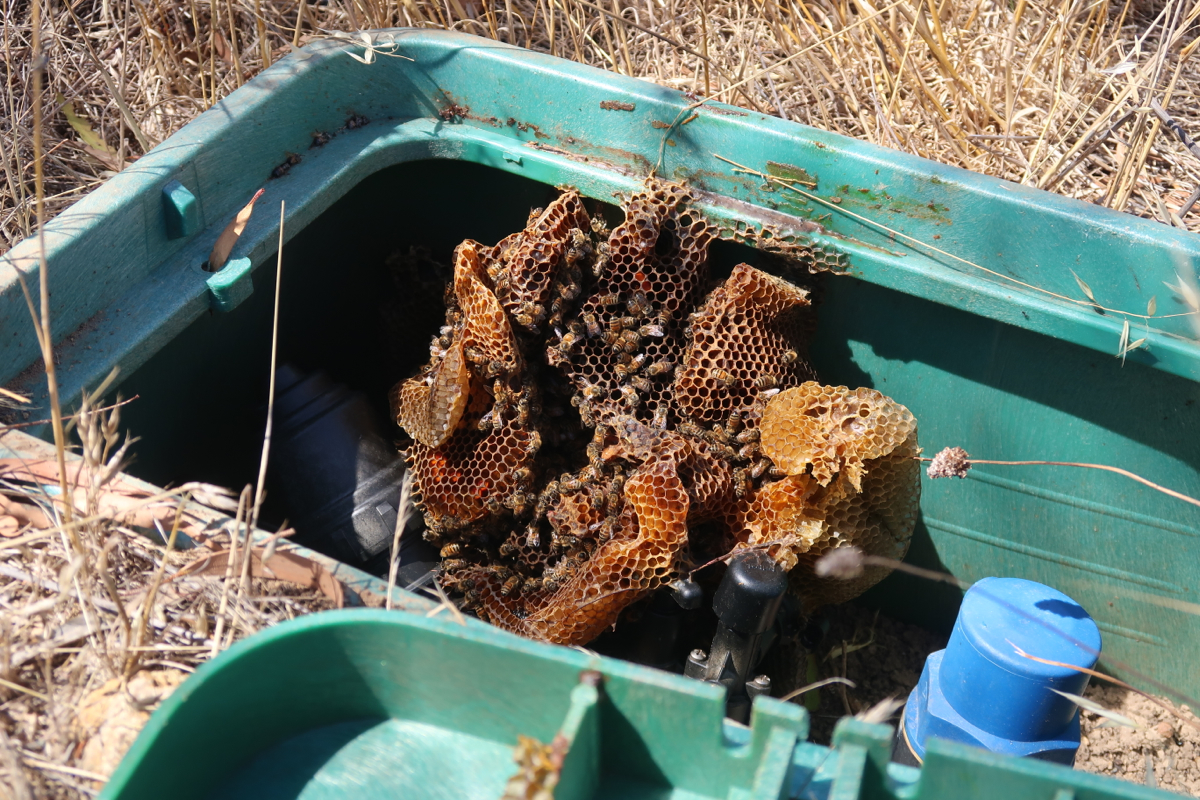 Bees managing the comb remaining on the water meter cover 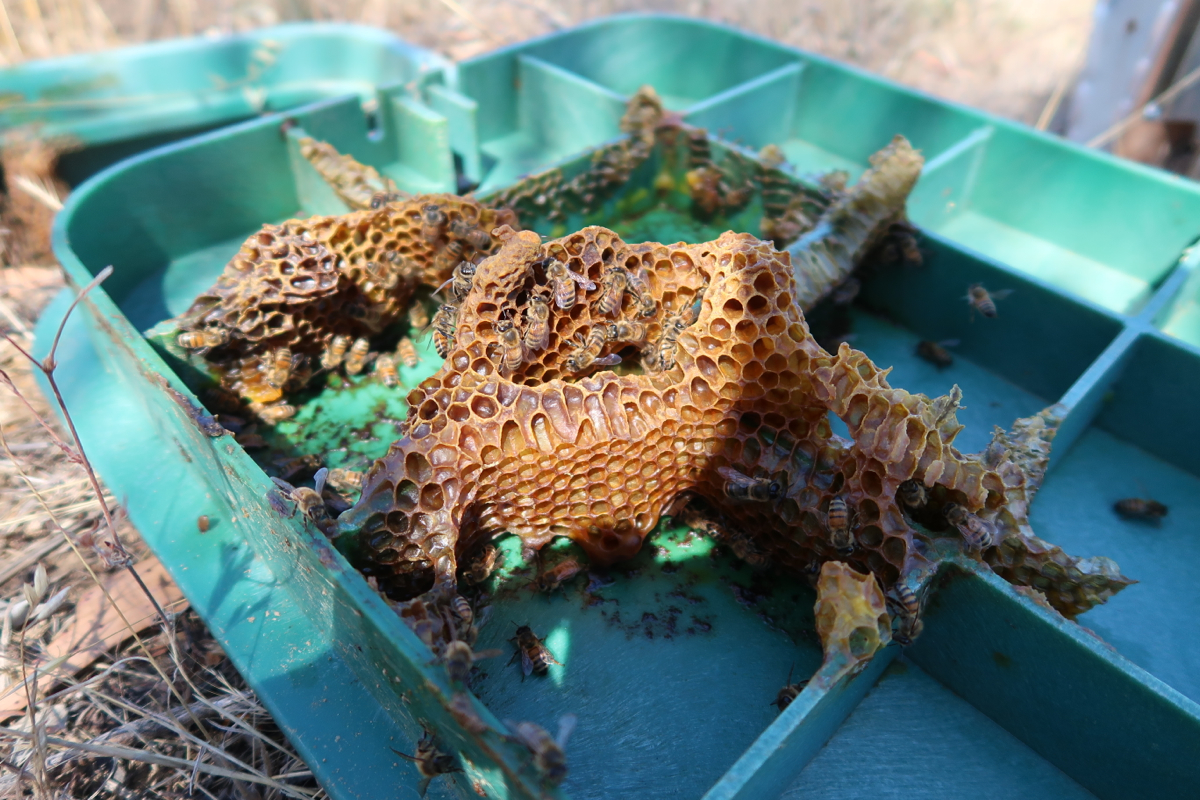 The comb was removed in large sections to limit disturbance 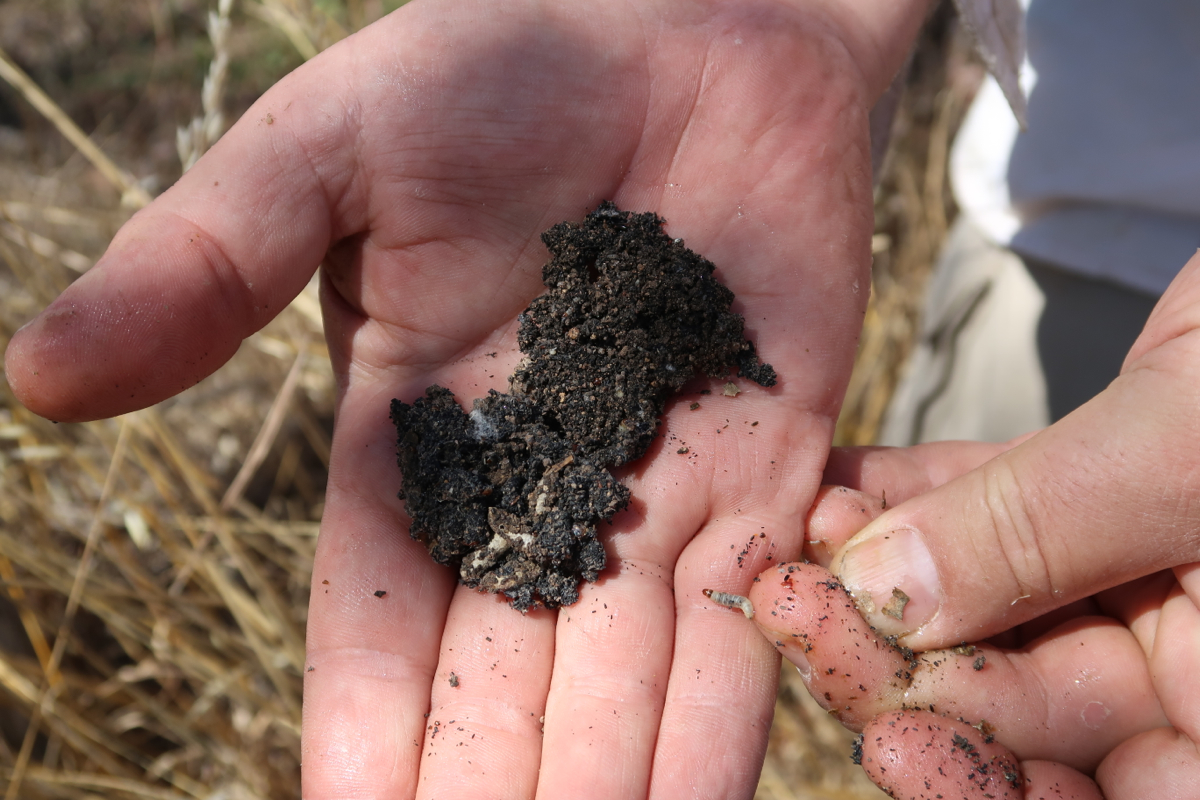 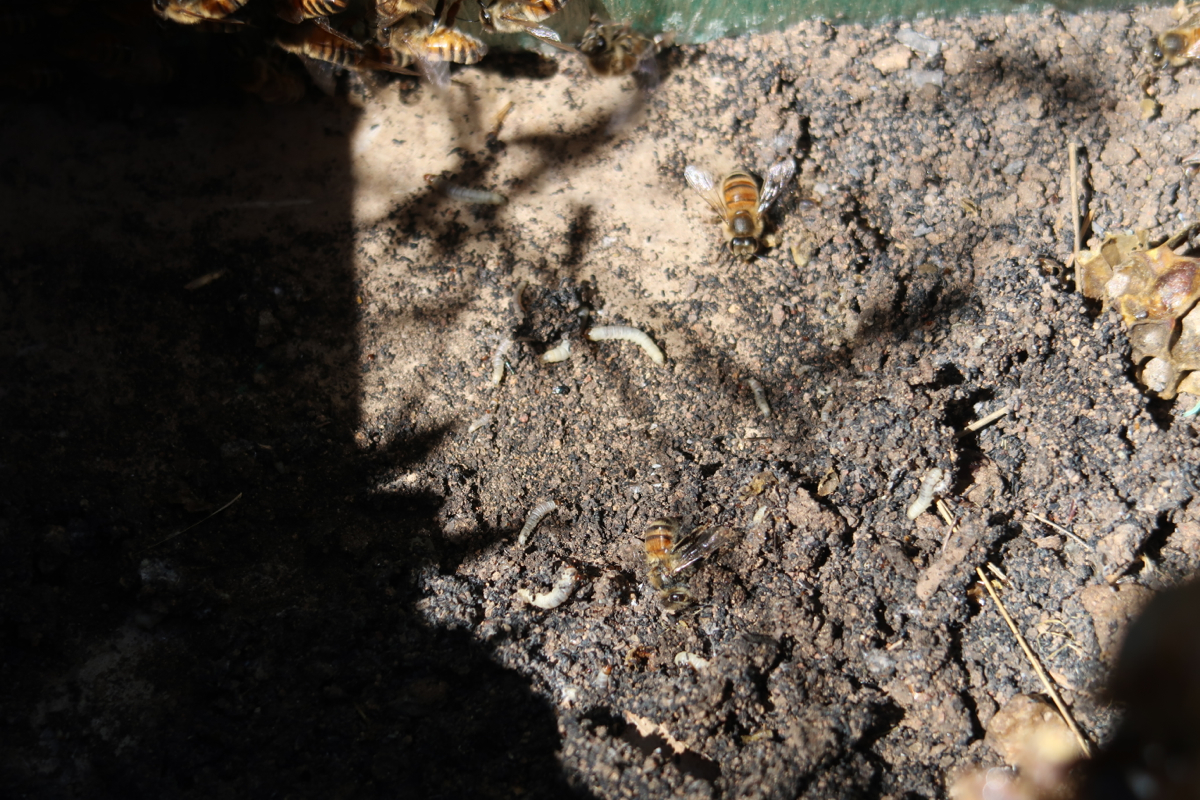 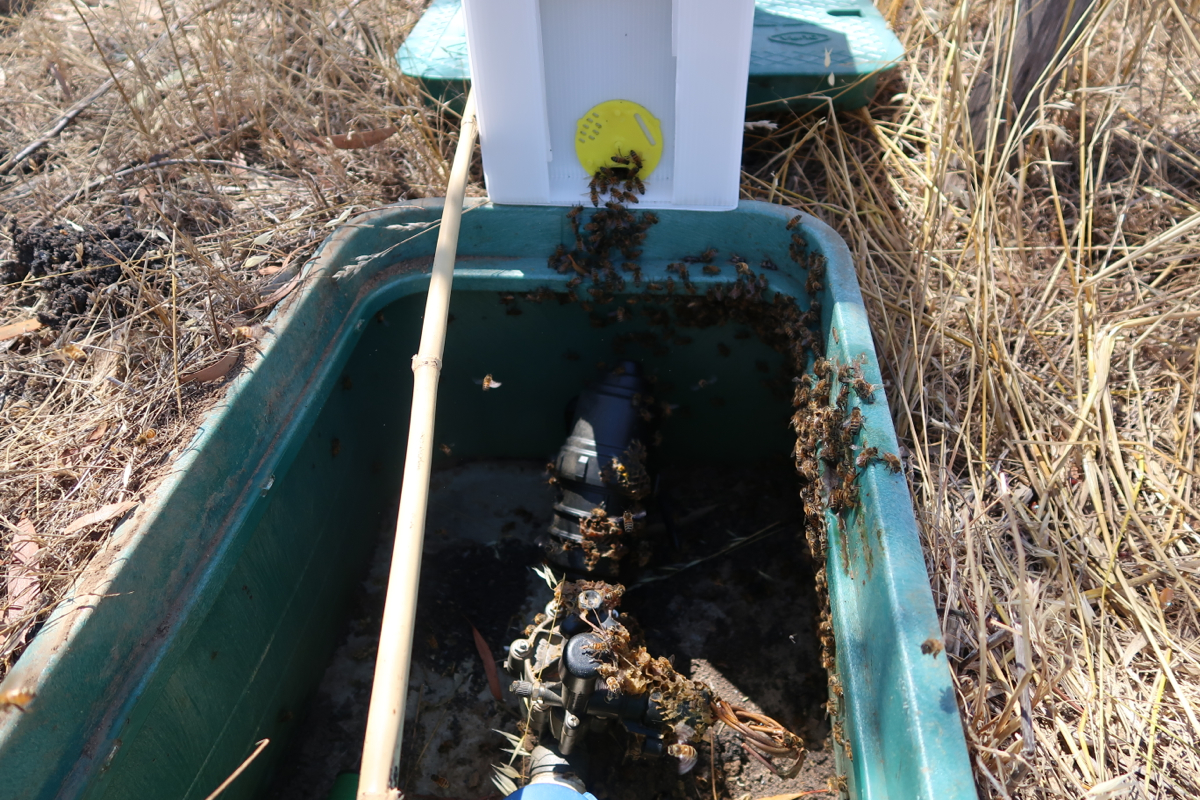 After the majority of bees had migrated out of the meter box, the nucleus hive box was reoriented to assist returning field bees 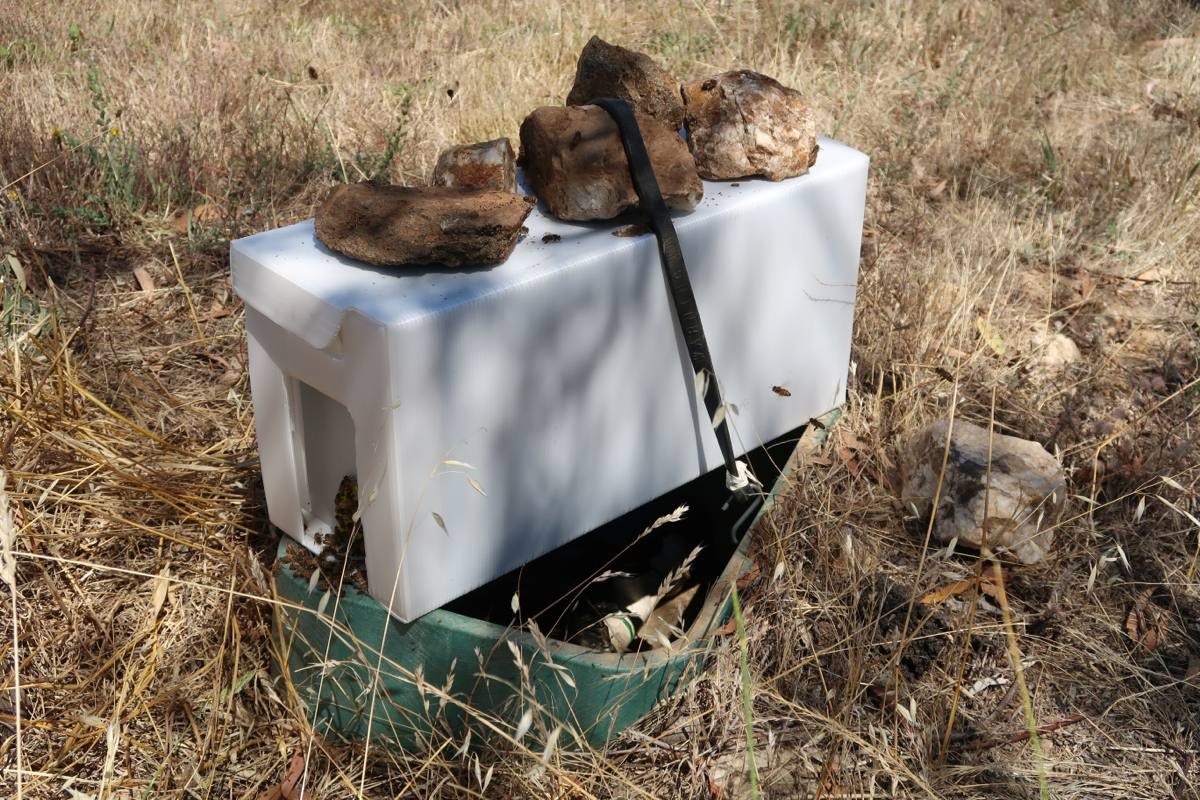 Field bees can be seen returning to the new entrance 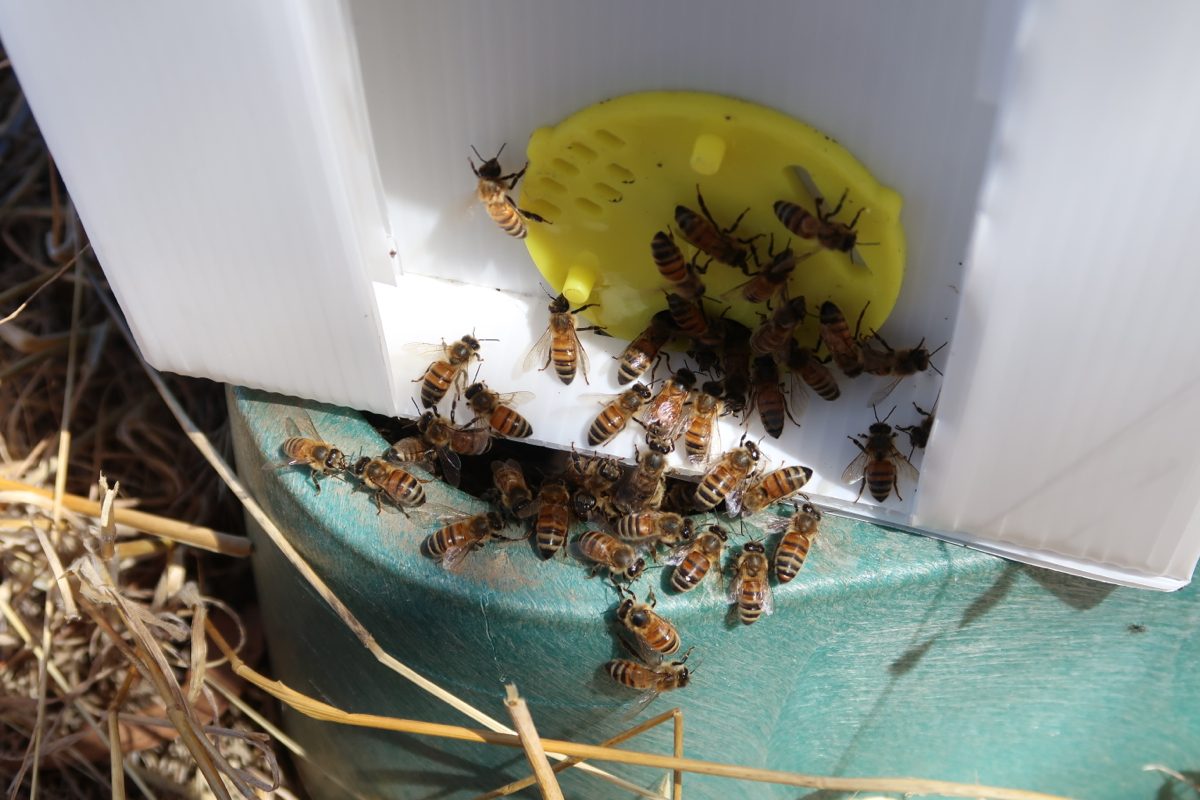 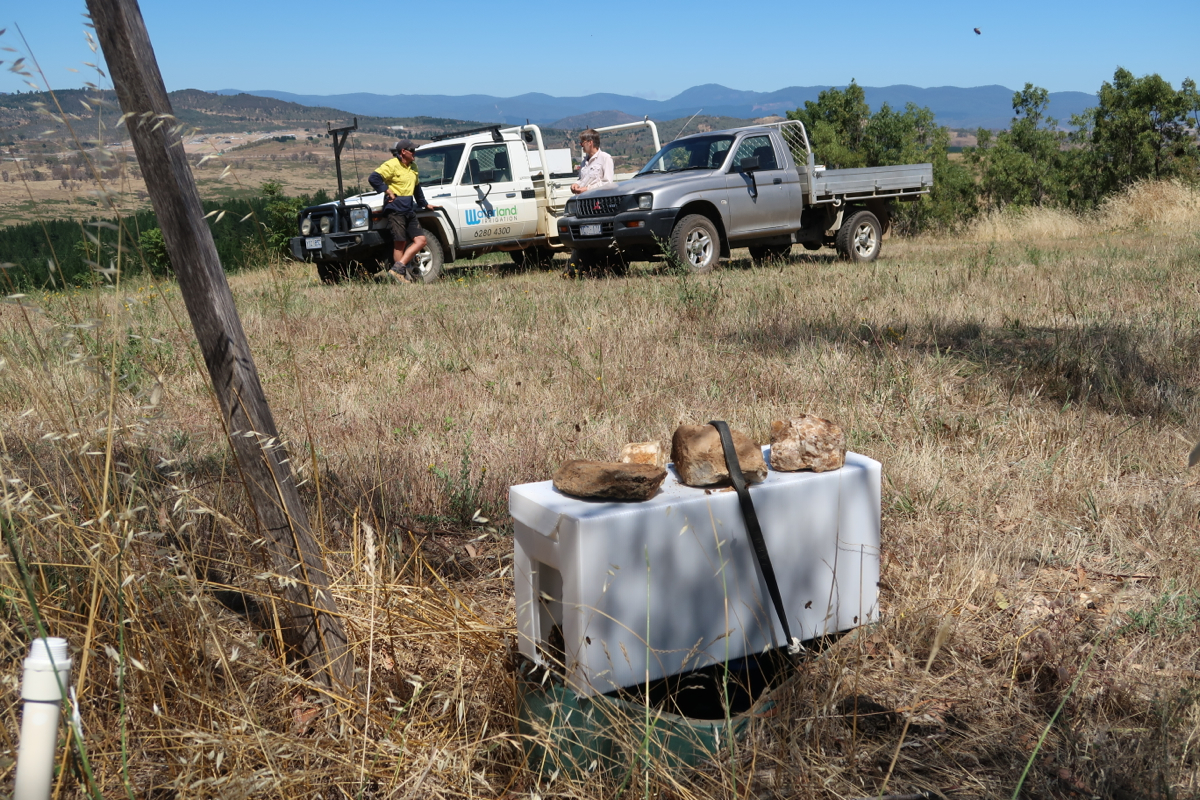